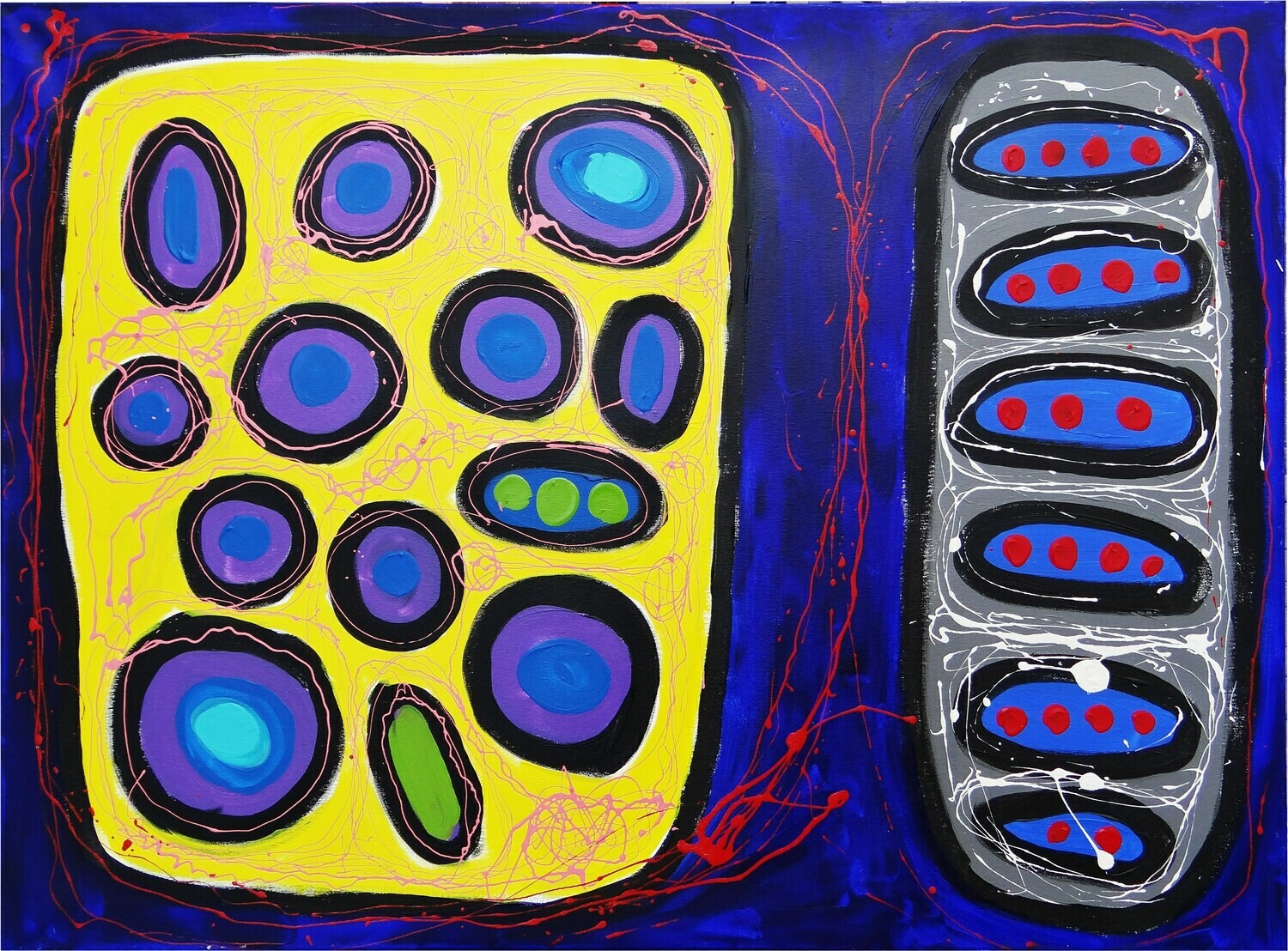 media: oil and acrylic on canvas

provenance: directly from the artist

This is a unique work of art.

Pawel has two main themes in his work. On the one hand, he is inspired by human and animal faces, all painted expressively. An unrivalled inspiration are the works of great Jean-Michel Basquiat, Francis Bacon, and - last but not least - Marlene Dumas. On the other, Pawel creates abstract artworks referring to the world of physics in both macro and micro scale.

This particular piece was inspired by the famous Steven Spielberg's movie of the same title, which was based on real testimonies of witnesses from the 1960s concerning close encounters with "aliens." This is a subject that has been igniting the imagination not only of scriptwriters and directors in Hollywood, but of all of us on Earth since the dawn of humanity. That is why Pawel, as he explains, "took the liberty of painting this picture to show in a slightly humorous way the extraterrestrials with whom people will possibly be able to communicate one day." 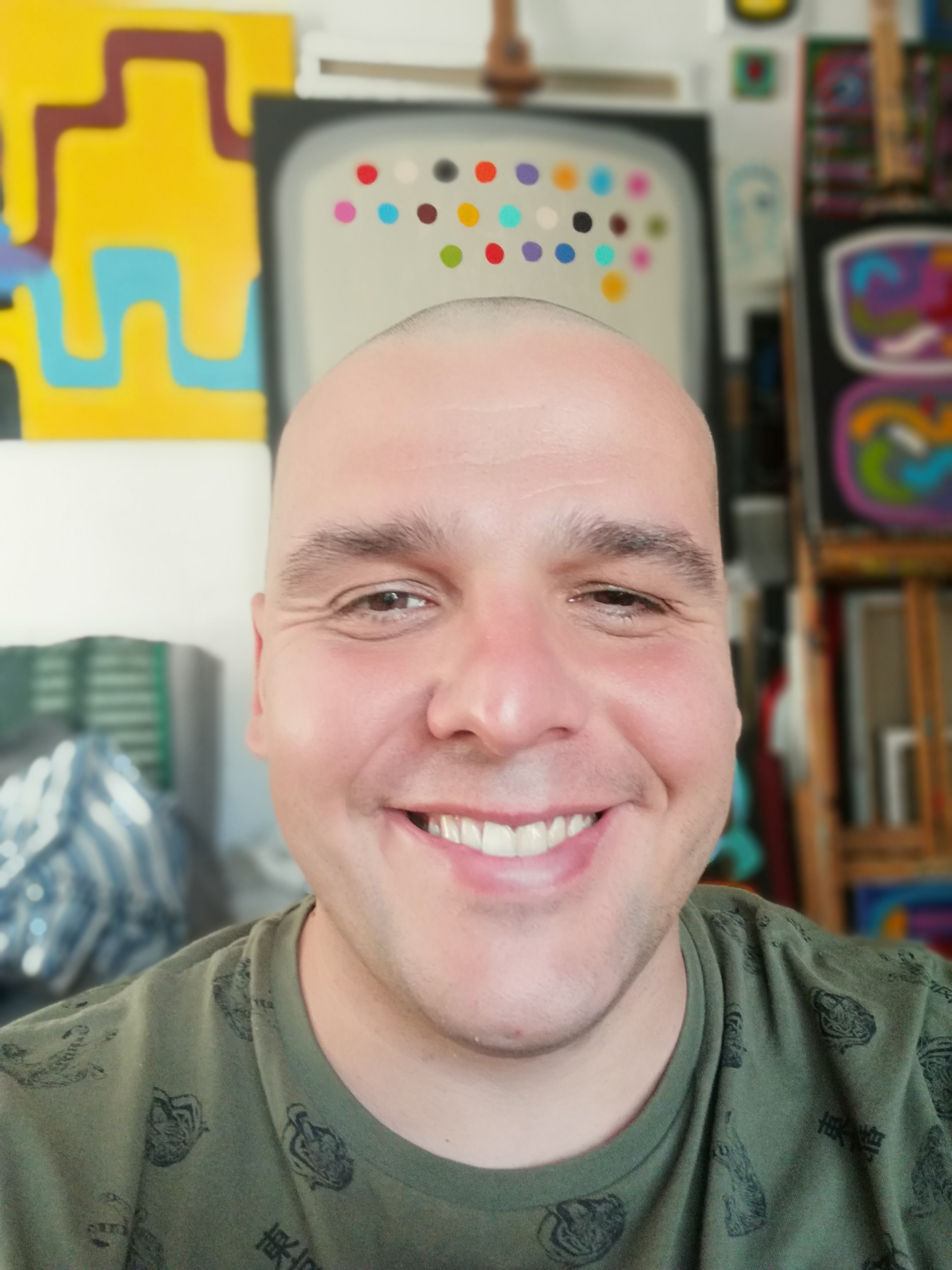 Save this product for later
This site uses cookies to provide services at the highest level. Further use of the site means that you agree to their use.I accept cookiesPrivacy policy